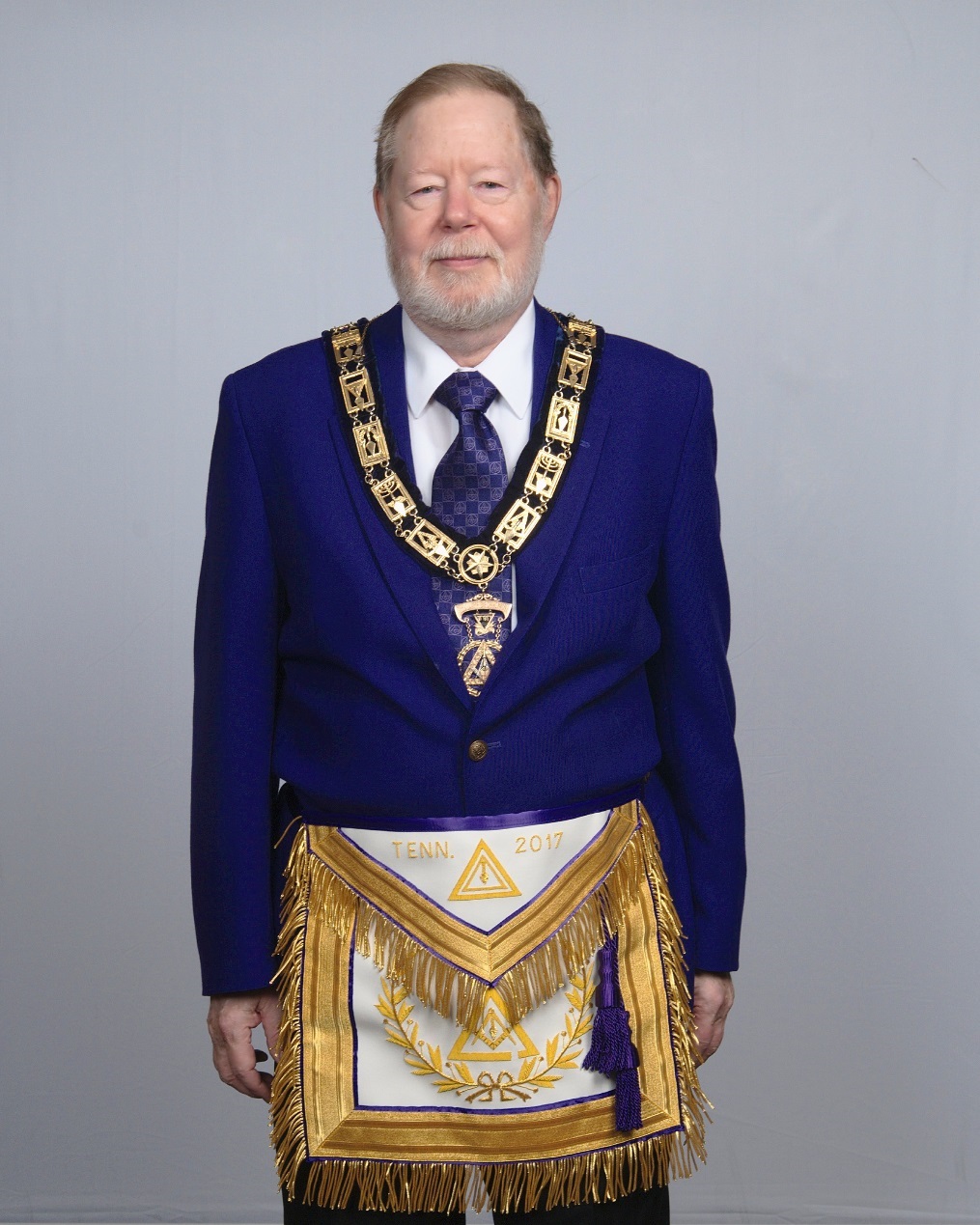 Born on February 13, 1946 in Winston-Salem, North Carolina. He was born to Paul de and Reba K. Richards.

Paul attended West High School in Knoxville graduating in 1963. He later attended the University of Tennessee and Knoxville Business College (South College) where he received a degree in accounting.

Paul is an active member of Apostles Anglican Church in Knoxville.

He is retired from the Knox County Clerk’s Office after 40 years of service.

He was raised a Master Mason on October 1, 1973 in Cherokee Lodge 728. After transferring to Charles H. McKinney 433 and serving as Worshipful Master in 1987.

Paul is a member of the York Rite Sovereign College of North America and received the Order of the Purple Cross in 1996.

Paul is also a member of several other appendant masonic bodies such as Knoxville Chapter O.E.S. Peace Court Order of the Amaranth, Zelmar Grotto M.O.V.P.E.R. and the Royal Order of Scotland.

He was elected Grand Captain of the Guard on March 24, 2014 and progressed through the chairs being elected Right Illustrious Deputy Grand Master, Cryptic Masons of Tennessee on March 21, 2016.