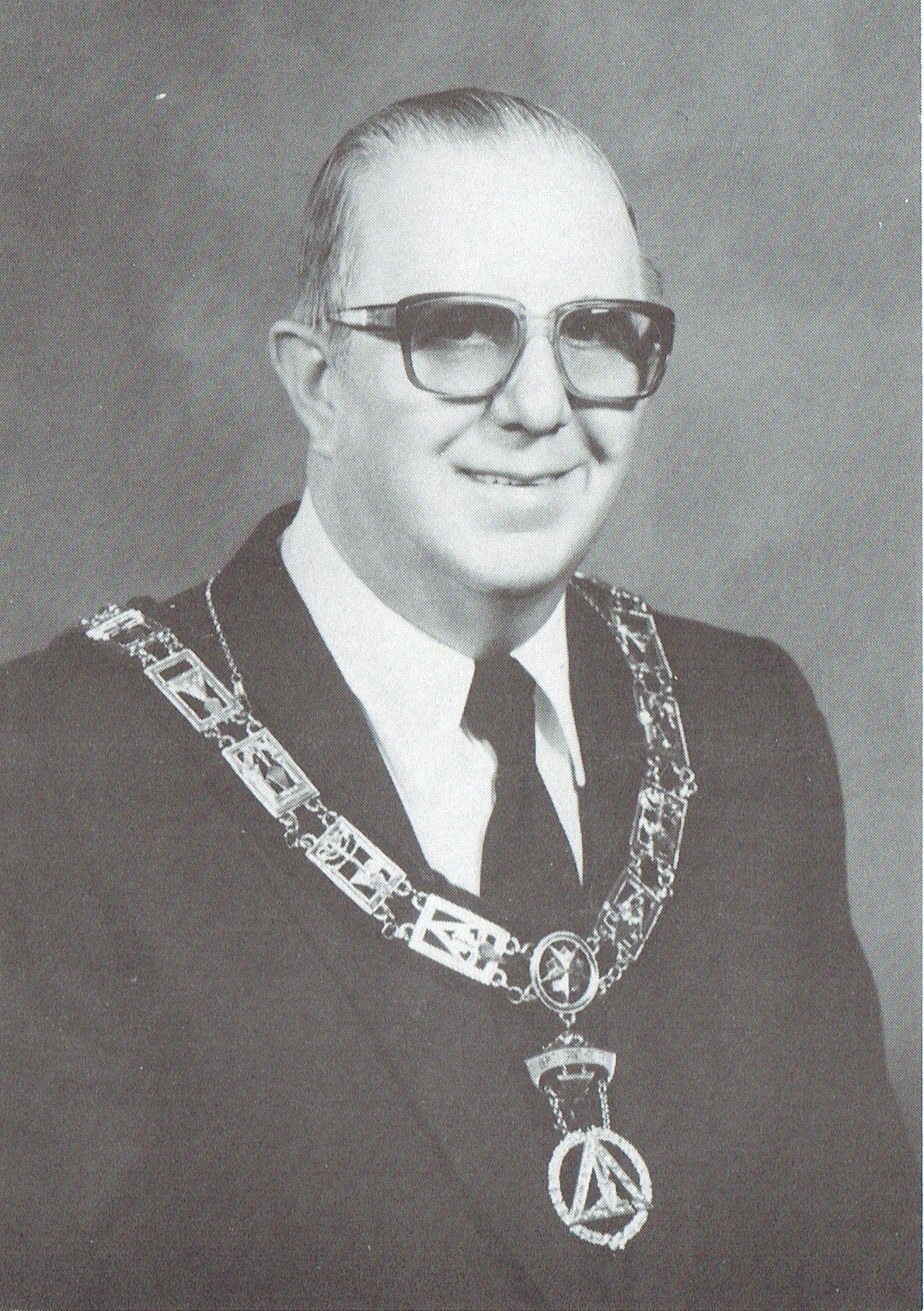 Born on December 3, 1923 in Elizabethton, Tennessee, the son of Andy J and Mary L Nave Fletcher. He was educated in the public schools of Carter County and is employed in the Quality Assurance Division of International Telephone and Telegraph.

Companion Fletcher was married on August 1, 1946 to Virginia Lee Davis. They have one daughter, Mrs. Stevan (Charlotte) Richardson, and one grand-daughter, Dena Michelle Richardson.

He is a member of Oak Street Baptist Church in Elizabethton, where he serves as Deacon.

Brother Fletcher was Raised on April 25, 1952 in Dashiell Lodge #238 in Elizabethton and served as Worshipful Master in 1968.

Companion Fletcher was Exalted in R.D. Keller Chapter #214 in Elizabethton on September 25, 1954 and served as Excellent High Priest in 1960 and has served as Secretary since 1975. He received the Order of High Priesthood in Nashville on March 21, 1960 and served the Grand Chapter of Tennessee as Grand Master of the Second Veil in 1967.

Sir Knight Fletcher was Knighted in Carter Commandery #37 in Elizabethton on November 29, 1959 and served as Eminent Commander in 1967, 1968, and has served as Recorder since 1974. He served the Grand Commandery of Tennessee as Grand Sword Bearer in 1982.

He was Inducted a Knight of York Cross of Honour on March 25, 1969 in Nashville.

Companion Fletcher also holds memberships in the Upper East Tennessee York Rite Association, of which he is a Past President, Charles Newton Bush Past Master’s Association, the Carter County Scottish Rite Club, and the Elizabethton Shrine Club.