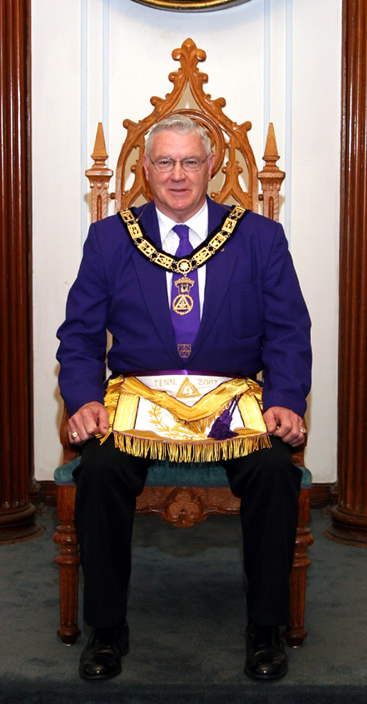 Born to Herman and Irene Byrd Choate on July 12, 1942 in Dickson, Tennessee. He has one sister, Ann Stinson. He was educated in the public schools of Dickson County and graduated from Dickson High School in 1961.

Glen started working at Dickson Electric Department in 1958 part time. He started working full
time in May 1961 after graduating. He started reading meters; then went to cut-ins and cut-outs; and then started collecting delinquent bills. He became Supervisor of the Meter Department in 1980, and held that position until he retired in September 2001, after 40 years of service.

In 1961 he married the former Ruby Ann Bishop of Burns, Tennessee, who worked for the Kroger Company for 28 years and retired in June 2001. They have two children, Terry and his wife Linda reside in Burns, Tennessee. Terry is a firefighter for the Dickson Fire Department and a CPR instructor, and Linda is a hairdresser. Teresa and her husband, Tom Thomason, reside in St. Peters, Missouri, where Teresa is a nurse and Tom is Director of Information Technology at a law firm in Long Island, New York. Glen and Ruby have four grandchildren, Josh Choate is a student at Tennessee Technological University in Cookeville, Tennessee and a Master Mason in Dickson Lodge #468. Chelsea Thomason is a sophomore at Frances Howell North High School and Kristin Thomason is in the seventh grade at Hollenbeck Middle School. Both are members of Wentzville Assembly #114 Order of the Rainbow for Girls. Nathaniel Thomason is in the fifth grade at Fairmont Elementary School, and is currently serving as State Master Squire of the State of Missouri, Order of the Squire.

Glen and Ruby are members of the Burns Church of Christ.

Glen was initiated an Entered Apprentice Mason on July 7, 1978, passed to the degree of
Fellowcraft on September 9, 1978, raised to the sublime degree of Master Mason on October 21, 1978 in Van Leer Lodge #319 at Van Leer, Tennessee and served as Worshipful Master in 1982. Glen transferred to Dickson Lodge #468 on October 14, 1995 and served as Worshipful Master in 2001. He was exalted a Royal Arch Mason on September 15, 1979 in Dickson Chapter #123 and served as Excellent High Priest in 1983 and 1989 and currently serves as Secretary. He received the Order of High Priesthood in 1983. He was greeted in the Dickson Council #107 Royal and Select Masons on September 25, 1979 and served as Illustrious Master in 1983 and 1989, and now serves as Recorder. He received the Order of the Silver Trowel in 1983. He was Knighted in Clarksville Commandery #8 Knights Templar on November 17, 1979, and served as Eminent Commander in 1990. He received the Order of the Knight Crusader of the Cross in 1990. He transferred to Dickson Commandery #41 as a charter member in 1992, serving as its Commander, and now serves as Treasurer.

He was made a 32nd degree Mason in the Ancient and Accepted Scottish Rite in the Valley of
Nashville, and later transferred to the Valley of Memphis Orient of Tennessee.