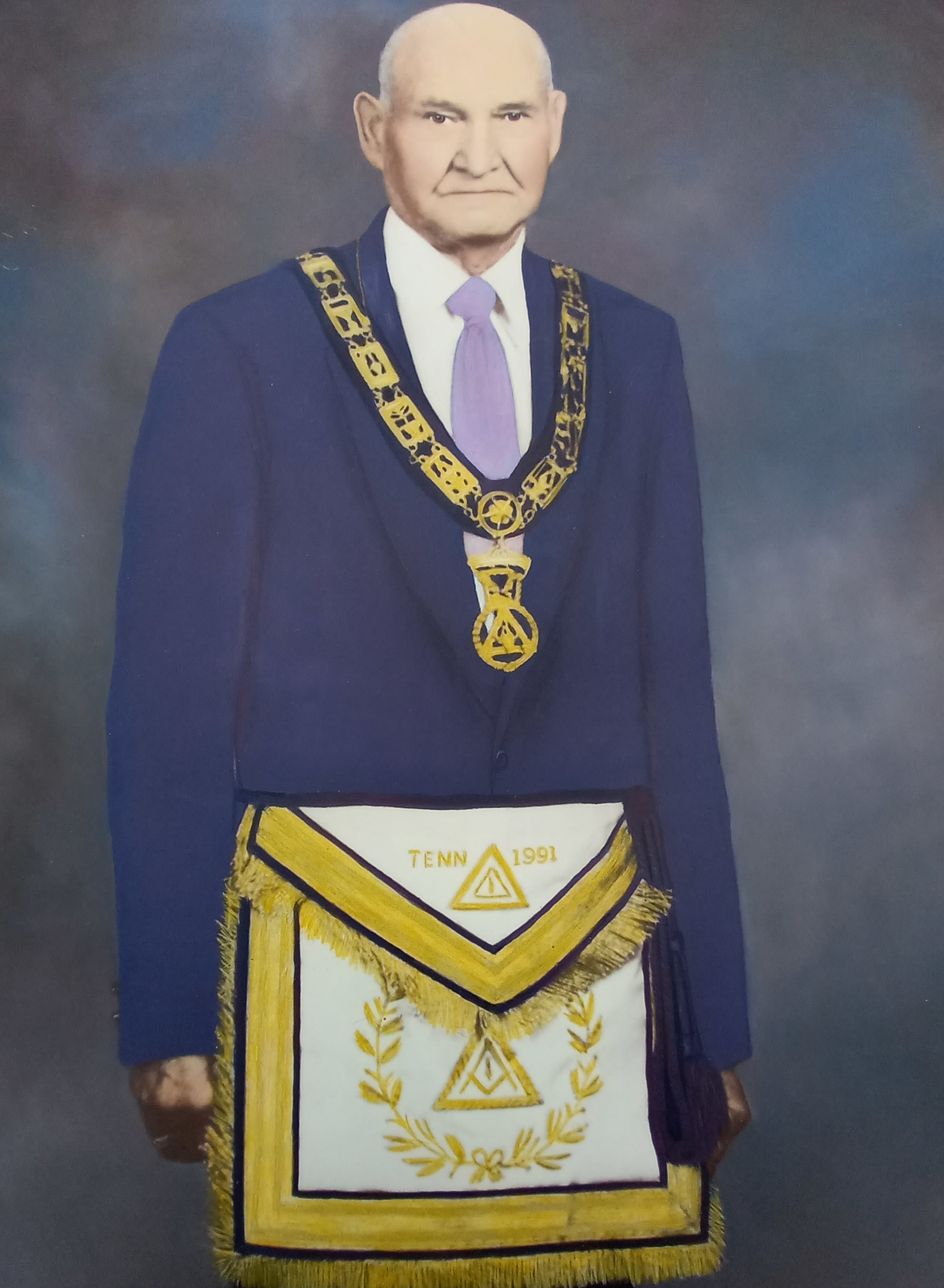 Cecil Carl Cavens was born January 16, 1921, in Doniphan, Missouri, the son of Ernest and Cora Belle Cavens. He was educated in the public schools of Ripley County, Missouri. He was married to Gertrude (Trudy) Joiner on October 11, 1942, in Milton Florida. They had three children, (Vernice Laverne Kearney, Cecil Carl Cavens, Jr., and Charles Calvin Cavens. He has 3 Granddaughters and one Grandson. He was a Sunday School teacher at Millington United Methodist Church and a retiree of the United States Navy (1940-1962) and the Postal Service (1962-1969).

Brother Cavens was raised a Master Mason on January 12, 1951, in Mt. Orthodox Lodge in Massachusetts. He transferred to Millington Lodge No. 671 on May 5, 1953, served as Worshipful Master in 1965 and was secretary of that lodge at the time of his death.

Companion Cavens was exalted in Millington Chapter No. 225 on February 29, 1952, where he served as Hight Priest and received the Order of High Priesthood in 1957.

Companion Cavens was greeted in Eureka Council No. 6 on January 14, 1953, and later transferred to Millington Council No. 131 on March 24, 1969. He served as Illustrious Master and received the Order of the Silver Trowel in 1971.

Sir Knight Cavens was knighted in St. Elmo Commandery No. 4 on April 25, 1953 and served as Commander in 1970. He later transferred to Millington Commandery No 39 on May 27, 1972. At the time of his death, he was serving as Treasurer for all three York Rite Bodies.

Companion Cavens received the Scottish Rite Degrees in the Valley of Memphis. He served as Captain of the Host Lodge of Perfection. He was honored with the rank and decoration of Knight Commander Court of Honour in 1981.

Companion Cavens was initiated in Al Chymia Temple, A.A.O.N.M.S. in Memphis on May 11, 1968. He was a member of the Royal Order of Scotland, West Tennessee York Rite College. He was Past President of the Masonic Veterans Association, Nashville, was Past President of the Council of Anointed High Priests, in Nashville. He was a recipient of the General Grand Chapter Distinguished Service Medal. , and many more fraternal organizations. He was Regional Deputy General Grand Master, General Grand Council International.

In the Grand Council Companion Cavens was elected Grand Captain of the Guard in March 1988, advanced each year and on March 25, 1991, was elected Most Illustrious Grand Master, Cryptic Masons of Tennessee.

He entered the Celestial Lodge on March 23, 1995, and was buried March 25, 1995, in Woodhaven Memorial Gardens in Millington, Tennessee. In passing of Ceil Cavens, we have lost a faithful and zealous Companion. We will miss him.