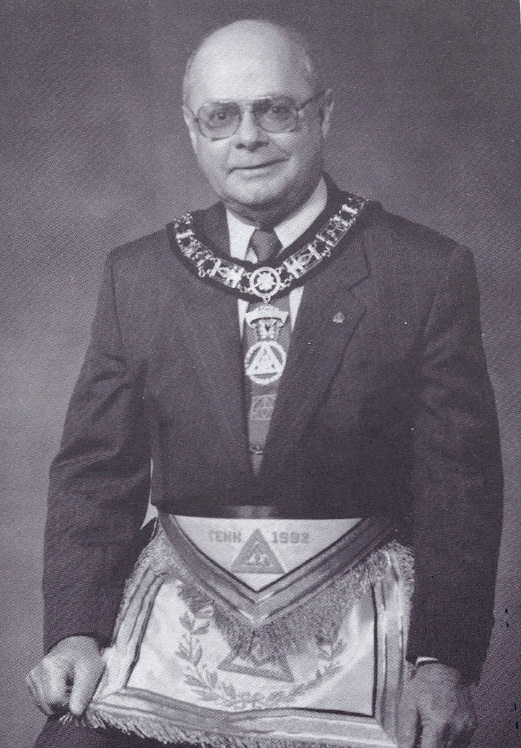 Born July 6, 1926 in Nashville, Tennessee, the son of Robert B. and Myrta Frances Blick Hooper. He was educated in the public schools of Davidson County, Tennessee and attended YMCA Law School, nights for two years.

Companion Hooper was married to Alice Joann Webb on April 2, 1948. He is a member of Donelson Church of Christ and is a retired Letter Carrier for the U. S. Postal Service.

Brother Hooper was raised a Master Mason in McWhirtersville Lodge No. 375 on February 21,
1969 and served as Worshipful Master in 1976.

Sir Knight Hooper was knighted in Nashville Commandery No. 1 on September 27, 1969 and
served as Commander in 1985. He was made a member of the Knight Crusader of the Cross on October 24, 1987.

He was inducted into Tennessee Priory No. 15, Knights of the York Cross of Honour on March 25, 1986.

He is a member of the Scottish Rite Bodies, Nashville; Buchanan Chapter No. 286, Order of the Eastern Star, Donelson; Al Menah Temple, A.A.O.N.M.S. Nashville; York Rite Sovereign College of North America; the Royal Order of Scotland; the Red Cross of Constantine; and Knight Masons of the U.S. A. He received DeMolay Honorary Legion of Honor on April 16, 1989.

In the Grand Lodge he has served as Senior Grand Deacon and Chairman of the Building Committee.