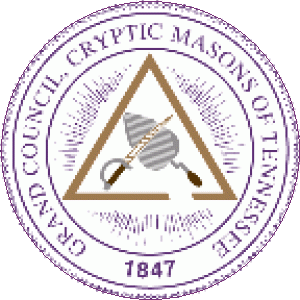 Born November 18, 1938, in Fayetteville, Tennessee, the son of Ernest Ralston Stephenson, Jr., and Ruth Rutledge Stephenson. He was reared in the Howell community of Lincoln County, educated in the public schools, and graduated from the Central High School in 1956. He received higher education from Belmont University, Carson-Newman College. and the Ohio State University after which he was employed as a chemist in the support of military and governmental applications. He made a career change and in 1972 accepted employment with the State of Tennessee. He has served there since 1972 as an accountant and in related classifications and presently holds the designation of Certified Government Financial Manager (CGFM). He is a member of the Haywood Hills Baptist Church in Nashville where he serves a deacon and a Sunday School teacher.

Brother Stephenson was raised a Master Mason in May 1970 in York Lodge No, 763 in Columbus Ohio where he was then employed. On returning to Tennessee he transferred to John B. Garrett Lodge No. 711 in December 1973 and served as Worshipful Master in 1994. He was exalted in Edward G. Corbitt Chapter No. 147, was greeted in Nashville Council No. 1, and was knighted in Nashville Commandery No. 1 at the York Rite festival held in November 1977. He served as High Priest in 1982, and as both illustrious Master and Eminent Commander in 1987. He received the Distinguished Service Medal from the General Grand Chapter of Royal Arch Masons International in 1994, and he was admitted a Knight of the York Cross of Honour in the same year.

Brother Stephenson was made a Scottish Rite Mason in April 1974 and received the rank and decoration of Knight Commander of the Court of Honour in 1987. He presently serves as Venerable Master of Kadosh of Trinity Consistery No.2 of the Valley of Nashville, Orient of Tennessee. He crossed the burning sands into the Ancient Arabic Order of the Nobles of the Mystic Shrine in May 1974 and is presently active in the Potentate’s Guard Unit, the Past Master’s Club and the Hillbillies Club of AI Menah Shrine Temple.

He is a member of the Royal Order of Scotland, Red Cross of Constantine, Masonic Rosicrucians, Tall Cedars of Lebanon, Mystic Order of Veiled Prophets of the Enchanted Realm, Middle Tennessee Past Master’s Association, and the Allied Masonic Degrees (AMD), and is a past President of the Middle Tennessee York Rite Association.

In the Grand Council. Companion Stephenson was elected Grand Captain of the Guard in March 1995 and has advanced each year, being elected Most Illustrious Grand Master of Cryptic Masons of Tennessee on March 23, 1998.