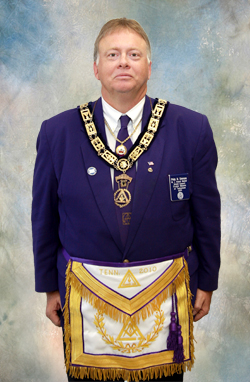 Born on September 23, 1959, in Nashville, Davidson County, Tennessee, the son of Samuel and Faye Simmons. In 1962, the family moved to Hendersonville where he was educated in the Sumner County public school system. He attended Volunteer State Community College in Gallatin where he received an Associate Degree in Pre-Engineering in 1979, Tennessee Technological University in Cookeville where he received a Bachelor of Science in Civil Engineering in 1981, and The University of Tennessee at Knoxville where he received a Master of Science in Environmental Engineering in 1986. He began working for the Tennessee Department of Health, Division of Water Pollution Control in 1981. He left the state workforce in 1991 and worked for several engineering/environmental firms from 1991 until 1999. In 1999, he returned to the state workforce with the Tennessee Department of Environment and conservation, Division of Water Pollution Control. He has served as manager of the Municipal Facilities Section of the Division of Water Pollution Control since 2002. Phil is licensed to practice engineering in Tennessee.

Phil is a member of Eulia General Baptist church in Westmoreland, Tennessee where he serves as a deacon and Sunday school teacher. Phil is also the clerk of the Mount Union Association of General Baptists.

Phil was elected to membership in Tennessee Priory No. 15 Knights York Cross of Honor on March 22, 1994.

Phil is a member of Middle Tennessee York Rite College No. 143 and is presently serving as an officer in that organization. He received the Order of the Purple Cross on July 28, 2007.

Phil is a member of the Middle Tennessee York Rite Association and served as President
during 2006.

Phil is a member of the Nashville Scottish Rite Bodies and Al Menah Shrine. He is also a
member of Tennessee College Societas Rosicruciana in Civitatibus Foederatis; Tralee Council No. 41 Knight Masons; Lafayette Chapter No. 379, Order of the Eastern Star; Tennessee Lodge of Research; Old Hickory Conclave, Red Cross of Constantine; Parthenon Court No. 9, Order of the Amaranth; Nashville Shrine No.2, White Shrine of Jerusalem; Tennessee Forest No. 195, Tall Cedars of Lebanon; Arch E. McClanahan Council No. 358, Allied Masonic Degrees; and the East Tennessee Past Masters Association.

Phil was elected Grand Captain of the Guard of the Grand Council on March 19, 2007, and
advanced each year being elected Most Illustrious Grand Master on March 22, 2010.