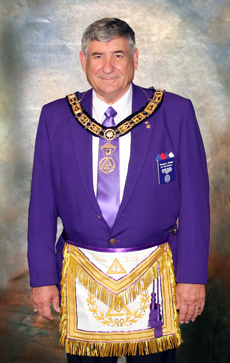 Born on December 16, 1944 in Huntingdon, Carroll County, Tennessee. He is the son of Dossie B. Foster and Nellie C. Foster. He was educated in the public school systems of Tennessee, Kentucky, Oklahoma, Texas, and New Mexico. He graduated from Huntingdon High School in 1963 and attended the University of Tennessee at Knoxville. He began working for the West Tennessee Public Utility District, a supplier of Natural Gas for a five county area. After forty five years of service, he retired from them as a service manager. He was married to Ruthie Lee Reed on July 30th, 1966. They had two children, Angela Renea Foster-Stang and Scotty Bryant Foster. Angela died of cancer in 1997. Angela left a four year old daughter, Khennedi Stang, whom from then on was raised by Tommy and Ruthie Foster. His son, Scotty Foster has two children Gage and Karlie Foster. Ruthie Foster died of cancer on October 15th, 2011 after forty five years of marriage.

Companion Foster is a member of Memphis Scottish Rite Bodies and has served as the President of the Carroll County Scottish Rite Club, and is a member of the Al Chymia Temple A.A.O.N.M.S., in Memphis where he holds the Crown of Honor and is a Hillbilly and Yellow Dog, a lifetime member of the Royal Order of Scotland, a charter member and officer in Robert the Bruce, West Tennessee York Rite Association, West Tennessee York Rite College No.141, St. Patrick’s No.1 Knight Masons of the USA, The Masonic Veterans Association, York Right Sovereign College of North America, Tennessee Lodge of Research, and Tennessee Past Masters Association.

Companion foster served as Worthy Patron of Huntingdon Order No.180, Order of Eastern Star. He served as a member of the Board of Advisors for the Tennessee Technology Center in Mckenzie, Tennessee.

Companion Foster was elected as Grand Captain of the Guard of the Grand Council on March 23rd, 2009, and advanced each year being elected Most Illustrious Grand Master on March 26th, 2012.