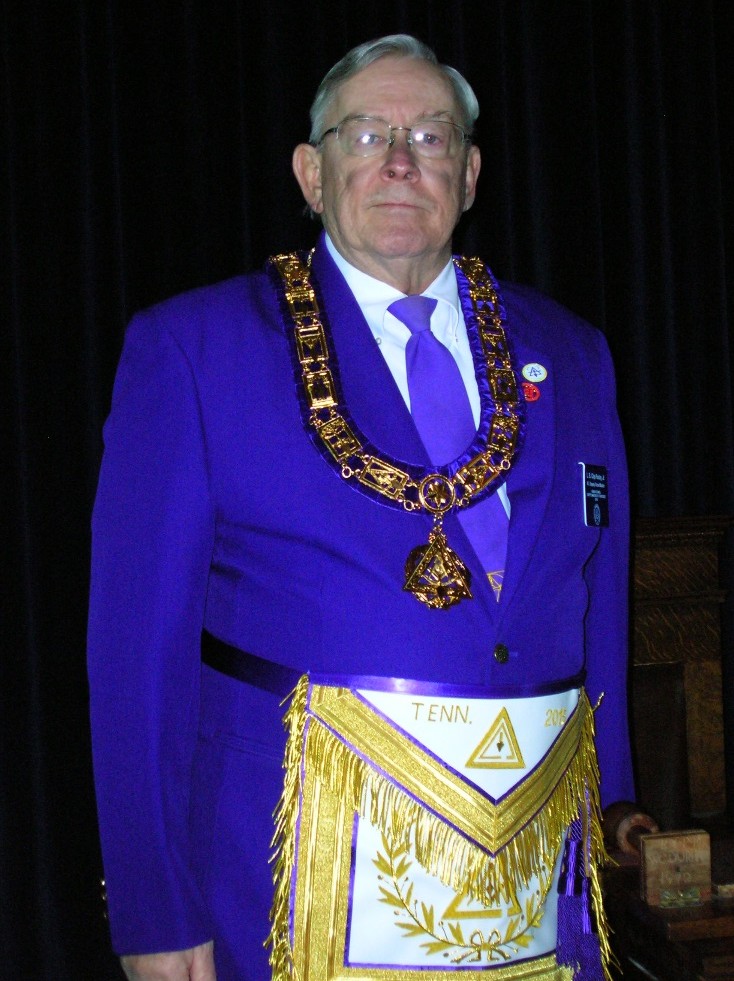 Born July 24, 1949 in Memphis, Tennessee to Leonard B and Janice B Paslay, who are both deceased. He has 1 sister Judy Richards Birkhotz and 1 brother Henry Burnette Paslay.

Chip was educated in the Memphis and Shelby County public school system graduating from Oakhaven High School in 1967. He attended the University of Tennessee in Knoxville and State Technical Institute in Memphis. In 1969 he took a summer job with Southern Airways which turned into a 36 year airline career retiring from Northwest Airlines in October 2004.

Companion Paslay was exalted in Park Avenue Chapter #204 on July 28, 1980 serving as High Priest in 1985 and is currently serving as Secretary. He received the Order of High Priesthood on March 24, 1986. Companion Paslay served the Grand Chapter as Grand Principle Sojourner in 1986 and 2007 and is serving District 1 DDGHP.

Companion Paslay was greeted in Park Avenue Council #108 on July 31, 1980 and served as Illustrious Master in 1985 and has served as Recorder for the past 10 years. Chip received the Order of the Silver Trowel on March 24, 1986.

Sir Knight Paslay was knighted in Park Avenue Commandery #31 on September 24, 1980 serving as Commander in 1985 and currently serving as Recorder. He was awarded the Knight Crusaders of the Cross on March 25, 2008 and on April 11, 2012 was honored to receive the Knight Templar Cross of Honor. He served the Grand Commandery as Grand Sentinel in 1999 and as Grand Senior Warden in 2005.

Brother Paslay joined the Memphis Scottish Rite Bodies on June 14, 1980, serving as Wise Master of Memphis Chapter Rose Croix in 2010 and 2011. He was awarded the Rank and Decoration of Knight Commander of the Court of Honor on October 29, 2005 and was coroneted a 33° Inspector General Honorary on December 7, 2013. He is a charter member of the Memphis Knights of St. Andrew.