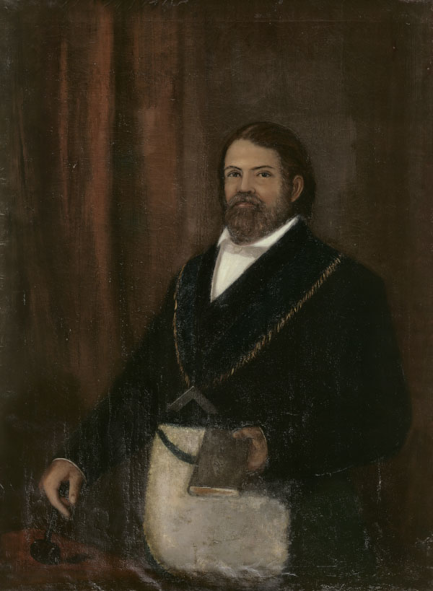 31st Most Worshipful Grand Master, serving in 1869. Born on January 27, 1824 and died on January 9, 1874. He is buried in Old Gray Cemetery on Broadway in Knoxville, Tn. He was a physician in Knoxville. He served as Most Excellent Grand High Priest in 1872. He served as Grand President of Order of High Priesthood in 1868. He was initiated in Mt. Libanus Lodge #59 in 1852 and helped organize Masters Lodge #244 which was chartered on October 2, 1855, and served as the first Worshipful Master of Masters Lodge No. 244.

Died January 9, 1874 and buried in Old Gray Cemetery in Knoxville

Physician in Knoxville for many years

Grand President of Order of High Priesthood in 1868