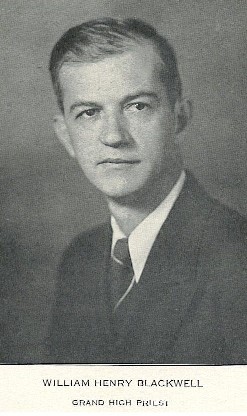 He was married on December 5, 1912, to Miss Lucy Willard Smart, at Marshall, North Carolina,
and to this union have been born two sons, Henry Smart and Guy Willard, and one daughter Alma Lucile.

He is a deacon in the Watauga Avenue Presbyterian Church of Johnson City.

He was greeted in Erwin Council No. 97 on October 12, 1925, and in 1930 became a charter
member and first Illustrious Master of Holston Council No. 101 of Johnson City.

He is a charter member of Nolachucky Chapter No. 194, Order of the Eastern Star, of Johnson
City.

He is a member of Kerbela Shrine Temple of Knoxville.

He was elected Excellent Grand Master of the First Veil of the Grand Royal Arch chapter of
Tennessee, January 29,l 1929. He attended the Triennial Convocation of the General Grand Chapter at Tacoma as proxy of the Grand King in 1930, and at Washington in 1933 as Grand Scribe.