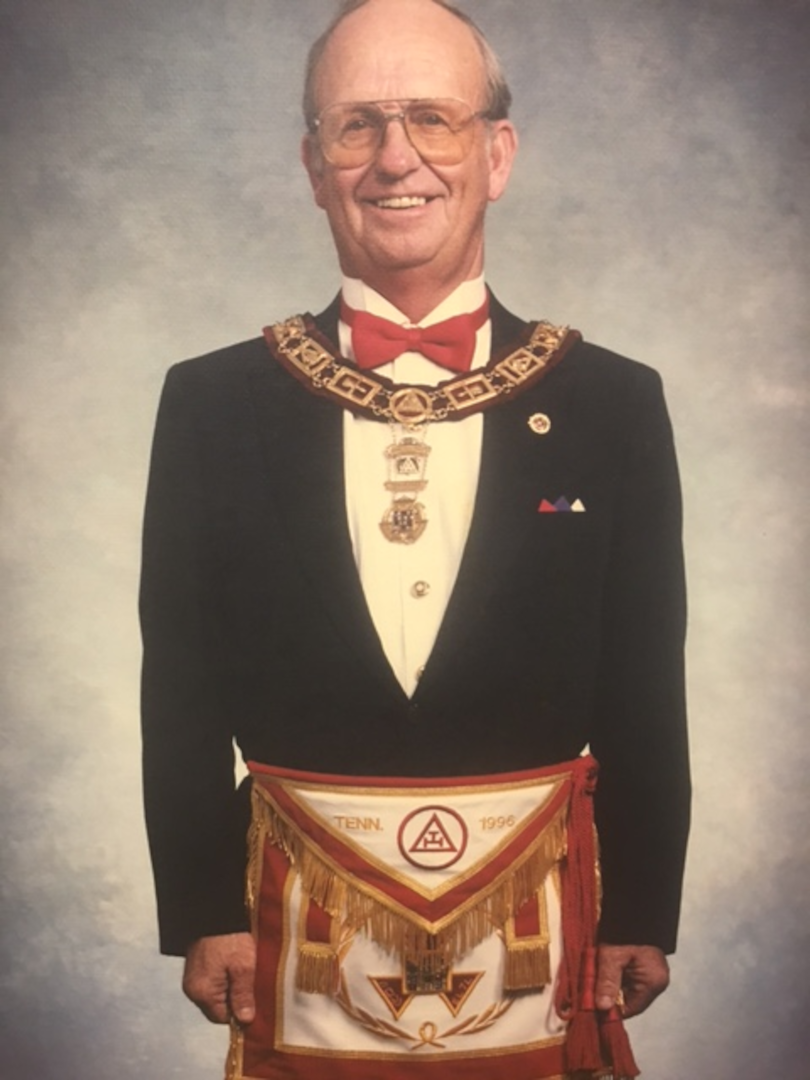 Born July 18, 1937 to George W. and Lula Combs Hart in Abingdon, Virginia. He was educated in the Public School of Washington County, Virginia.

He was Married to the former Barbara Albright. They were married on June 28, 1963 at Ft. Bliss, Texas while serving in the United States Army. They have one son, Barry David, Daughter-in-law, Michelle and two granddaughters, Megan and Kaitlin.
He is a member of the Stoney Point Free Will Baptist Church in Vanleer, Tennessee, having taught Sunday School for twenty-two years.

Companion Hart was employed with the Greater Dickson Gas Authority as Senior Mechanical Drafting Engineer.
Brother Hart was raised in Vanleer Lodge No. 319 on December18, 1965 and served as Worshipful Master in 1973.
Companion Hart was exalted in Dickson Chapter No. 123 on May 25, 1968 serving as High Priest in 1973 and received the Order of High Priesthood in 1973.

Companion Hart was greeted in Dickson Council No. 107 on August 9, 1968 serving as Illustrious Master in 1973 and received the Order of the Silver Trowel in 1973.

Sir Knight Hart was knighted in Clarksville Commandery No. 8 on June 14, 1969 and served as Commander in 1973. He was inducted into Tennessee Priory No. 15, Knights of the York Cross of Honour in March 1974. He received the Knights Crusader of the Cross in 1987. He transferred to Dickson Commandery NO. 41 on April 25, 1992.

He was a member of Vanleer Chapter No. 293, Order of the Eastern Star, where he served as Worthy Patron in 1987 and 1989.
Companion Hart was elected Grand Captain of the Host on March 23, 1993 and advanced each year, being elected Most Excellent Grand High Priest on March 26, 1996.

Companion Hart laid down his earthly working tools on July 5, 2016.