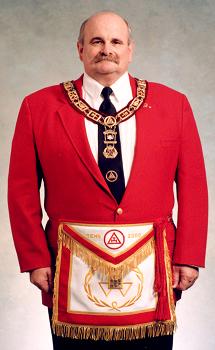 Born at St. Joseph’s Hospital in Memphis, Tennessee February 22, 1949; the second of six children of C. Prather Gallups and Charlene Beale Gallups. The family moved to Chattanooga, Tennessee during 1954. He was educated in the public schools of Hamilton County Tennessee and graduated from Red Bank High School in 1967.

He entered the United States Air Force in 1967 and served as a Presidential Security Guard with the 1002nd Security Police Squadron, Andrews Air Force Base, Maryland. He was privileged to meet and serve under Presidents Johnson and Nixon.

He met the former Miss. Shelley Marie Shepler, daughter of A. Paul and Monalee Shepler of
Clarksburg, West Virginia, an employee of the Federal Bureau of Investigation on Labor Day during 1969 and they were married on December 8, 1970. They have been blessed with one son, Zachary Prather Gallups. They are members of Falling Water Baptist Church of Hixson, Tennessee.

He was hired by the Norfolk-Southern Corporation in November, 1971 and retired on January 2, 2000 after a long and distinguished career. He served seven years as an officer of the Southern Credit Union and completed his service as a Member of the Board of Directors and Second Vice President in 1993. He also served as President of Lookout Mountain Local No. 1450, International Association of Machinists and Aerospace Workers during 1989 through 1995.

Brother Gallups was raised a Master Mason on May 4, 1985 in Harrison Lodge No. 114, Harrison, Tennessee, transferred to Mountain City Lodge No. 549, Chattanooga, Tennessee on May 14, 1994, served as Worshipful Master during 1996, and is presently serving as Secretary.

Companion Gallups was greeted in Mt. Moriah Council No. 95, Chattanooga, Tennessee on November 2, 1985, served as Illustrious Master during 1990, and received the Order of the Silver Trowel on March 26, 1990. In the Grand Council, he served as the Grand Steward during 1994.

Sir Knight Gallups was knighted in Lookout Commandery No. 14, Chattanooga, Tennessee on November 9, 1985, served as Eminent Commander during 1997, and received the Knight Crusader of the Cross in 1997.

Companion Gallups is a member of the Chattanooga Area York Rite Association, Cherokee York Rite College No. 152 where he presently serves as Secretary, the Tennessee Lodge of Research, the Royal Order of Scotland, the Chattanooga Scottish Rite Bodies, Alhambra Shrine Temple, the Order of Knight Commanders Asylum No. 2, Tennessee Council No. 341 Allied Masonic Degrees, Tralee Council No. 41
Knight Masons, Gaelic Council No. 60 Knight Masons and served as Excellent Chief during 1999, East Tennessee Past Master’s Association, life member of the Yellow Dog Degree, and Evangeline Chapter No. 48 Order of the Eastern Star where he served as Worthy Patron during 1987, 1990, and 1997.

He was elected Grand Captain of the Host on March 24, 1997 and has advanced each year, being elected Most Excellent Grand High Priest Royal Arch Masons of Tennessee on March 21, 2000.