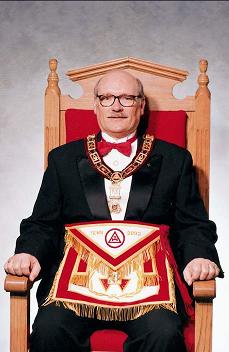 Born February 5, 1948 in Nashville, Tennessee, the fourth of six children to William Lee and Margaret Scott, now deceased. Companion Scott was educated in the public schools of Nashville, graduating from Cumberland High School in 1966. He entered the U.S. Navy in 1967
serving aboard an aircraft carrier during the Vietnam War and being honorably discharged in 1969. Companion Scott enrolled in Austin Peay State University in Clarksville, Tennessee, and completed one year of school. While attending school at Austin Peay State University he met Wanda Fay Powell and they were married on April 16, 1971 (Wanda’s Birthday). Harold and Wanda were blessed with three children Heather, who is married and teaches English in a
private school in Singapore, Laura, who is also married and teaches second grade in Rutherford County and Jason who is currently working at UPS Logistics.

He began his employment with the U.S. Postal Service in 1972 as a clerk in Clarksville, Tennessee and has held several positions during the last 29 years. He is currently Postmaster of Fairview, Tennessee being in that position since 1992. Companion Scott returned to school to continue his education in 1975 attending Middle Tennessee State University in Murfreesboro, Tennessee where he graduated with a Bachelor of Science Degree in Criminal Justice Administration in 1978.

Brother Scott started his Masonic career in 1974 at Queen City Lodge No. 761, Clarksville, Tennessee being raised to the sublime degree of Master Mason in 1975 at McWhirtersville Lodge No. 375, Nashville Tennessee, as courtesy for Queen City Lodge. Brother Scott affiliated with McWhirtersville Lodge and later transferred his membership to Sam Davis Lodge No. 661, Smyrna, Tennessee, serving as Worshipful Master during 1989. In 1993 Brother Scott moved to Fairview, Tennessee and again transferred his membership to  Fairview Lodge No. 776, Fairview, Tennessee there serving as Worshipful  Master during 1995, and is a plural member of Hiram Lodge No. 7, Franklin, Tennessee.

Companion Scott received his York Rite Degrees in 1983 becoming a member of the York Rite Bodies of Murfreesboro, Tennessee where he served as presiding officer in all three bodies and received the Knight Crusaders of the Cross in 1989 and the Knight York Cross of Honor in 1990. In 1994 Companion Scott transferred his York Rite membership to Franklin, Tennessee. Brother Scott received his Scottish Rite Degrees in the Valley of Nashville in 1987 and was invested with the decoration of Knight Commander Court of Honor in 1997. Presently he is Orator of St. Michael Council of Kadosh. He is also a member of Al Menah Shrine Temple, Tralee Council Knight Masons, Royal Order of Scotland, Old Hickory Conclave Red Cross of Constantine, New Vision Chapter No. 501, Order of the Eastern Star, Middle Tennessee York Rite Sovereign College No. 143, receiving the Order of the Purple Cross in 1997 and currently serving as Governor. He is Past President of Middle Tennessee York Rite Association, and is currently Secretary/Treasurer of Arch E. McClanahan Council No. 358, Allied Masonic Degrees and Past Patron of Sam Davis Chapter No. 441 Order of the Eastern Star. In the Grand Lodge Harold serves as a member of the Jurisprudence Committee and served as Grand Marshal during 1999.

In the community Harold and Wanda are members of Westview United Methodist Church in Fairview and Harold is Past President of the Fairview Area Chamber of Commerce, a member of American Legion Post 248, and an Affiliate Broker with John M. Green Realtors, Franklin,Tennessee.

In the Grand Chapter Royal Arch Masons, Companion Scott was elected Grand Captain of the Host on March 23, 1999 and has progressed each year being elected Most Excellent Grand High Priest, Royal Arch Masons of Tennessee on March 26, 2002.