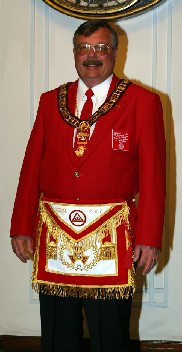 Born August 10, 1955 in Oak Ridge, Tennessee. The first of three sons, born to Herman and Betty Lett. He was educated in the public schools of Knox County; graduating from Powell High School in 1973. He attended the University of Tennessee and Walter State Community College where he graduated in the field of Criminal Justice Technology. He started his law enforcement career at the Knox County Sheriff’s Office in 1977. He has been assigned to the jail, traffic, patrol, and detective units. In 1986, while as a detective assigned to the Homicide Unit he investigated  a murder for hire case based in Knoxville, Tennessee. His successful investigation
led to murder charges being filed on several individuals in several states.  He was featured on the ABC’S 20-20 television program and in People Magazine.  He was awarded the STATE of Tennessee’s Outstanding Achievement Award  and the Officer of the Year from the Knox County Sheriff’s Office, Kiwanis,  and Exchange clubs. Since 1995 and to the present, Sergeant Lett has been assigned  to the training unit and is the Senior Firearms Instructor at the Knox County  Sheriff’s Regional Training Academy.

In 1978, he married the former Judy Dianne Warren, and they have two sons, Michael  Jr, and Eric. Both sons have been involved in sports, and both Mike and Judy  have supported them by coaching and keeping the books at the ballgames.

He and his family are members of Forrest Grove Freewill Baptist Church.

He was initiated an Entered Apprentice Mason on April 4, 1985; passed to the  degree of Fellowcraft on September 29 1985; and raised to the sublime degree  of Master Mason on October 5,1985 in Powell Lodge No.582 at Powell, Tennessee.  and served as Worshipful Master during 1992. He served as President of the District  No.20 Officers Association during 1992.

He was greeted in Knoxville Council No.75 Royal & Select Masters on April  5,1986, and served as Illustrious Master during 1992 which was the 100th Anniversary  of Knoxville Council. He received the Order of the Silver Trowel on March 23,  1992.

He was knighted in Coeur de Lion Commandery No.9 Knights Templar on April 12,  1986, and served as Eminent Commander during 1990. He received the Order of  Knight Crusader of the Cross, on April 27,1990.

He received the Knights of the York Cross of Honor in Tennessee  Priory No.15, on April 2,1993.

He was made a 32nd degree mason in the Ancient and Accepted Scottish Rite in  the Valley of Knoxville on December 7, 1985 and was invested with the rank of  Knight Commander of the Court of Honor on October 21,1991. He has served in  several appointed offices and has worked in the sound room for over 20 years.

He is a member and Past Master of the Tennessee Lodge of Research.

He is a Past President of the Knoxville Area York Rite Association.

He is a member of Chattanooga Asylum No.2, Order of Knight Commanders.

He is a charter member and Past Sovereign Master of E. Leslie Webb Jr. Council  No.357, Allied Masonic Degrees.

He is a charter member and Past Excellent Chief of William B. Anderson Council  No.73, Knight Masons.

He is a charter member and Past Governor of Frizzell York Rite College  No.146.

He is a member of the Royal Order of Scotland.

He is a member of Tennessee College Masonic Societas Rosicruciana In Civitatibus  Foederatis.

He is a member and Past Patron of Acacia/May Chapter No.24, Order of the Eastern
Star.

He is a member of Peace Court No.10, Order of the Amaranth.

He is a member of Kerbela Shrine Temple, Ancient Arabic Order of the Mystic Shrine.

He is a member of Knoxville Court No.57, Royal Order of Jesters.

He served as Grand Warder in the Grand Commandery Knights Templar of Tennessee  during 1999.