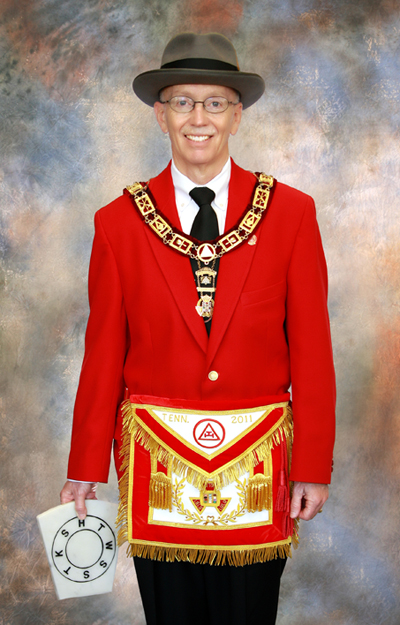 Bruce attended school in Nashville Tennessee and graduated from Two Rivers High School in 1968. Continuing his education, Bruce graduated from the University of Tennessee in 1973 with a B.S. in Economics.

Bruce was a member of the United States Army Reserve from 1969 to 1975. During his service, he earned his paratrooper wings and parachute rigger badge. Bruce married his high school sweetheart, Martha Ingram, in 1971. They have two children, Ashley (Will) Day, and Clay (Amber) Jackson. They are the proud grandparents of Madelyn Day and Abigail Jackson.

Bruce spent the last twenty seven years of his working career, and retired from, MPI Label
Systems. After four years of retirement, Bruce accepted the position as a Sergeant-at-Arms for the Tennessee State Senate. Bruce is currently serving the 107th General Assembly in that capacity.

A fourth generation Mason, Bruce was raised a Master Mason on March 19th 2001 in Old Hickory Lodge #598 and served as Master in 2005. From 2005 to 2008, Bruce served the Grand Lodge on the Dispensation and Bylaws Committee with the last year as chairman.

Bruce was exalted a Royal Arch Mason on March 31st 2001 in Donelson Chapter #234 serving as the Excellent High Priest in 2006. He also received the Order of High Priesthood March 20th 2006.

On March 31st 2001, Bruce was greeted in Nashville Council #1 and is currently serving as the
Illustrious Master. Bruce received the Order of the Silver Trowel on March 22nd 2011.

Continuing his journey in the York Rite, Bruce was knighted March 31st 2001 in Nashville
Commandery #1 and is currently serving as Generalissimo.

Bruce received his 32nd degree as a Scottish Rite Mason on November 2nd 2001.

In the Grand Chapter of Royal Arch Masons of Tennessee, Bruce was elected Grand Captain of the Host on March 25th 2008. He has advanced each year and was elected Most Excellent Grand High Priest March 22nd 2011.