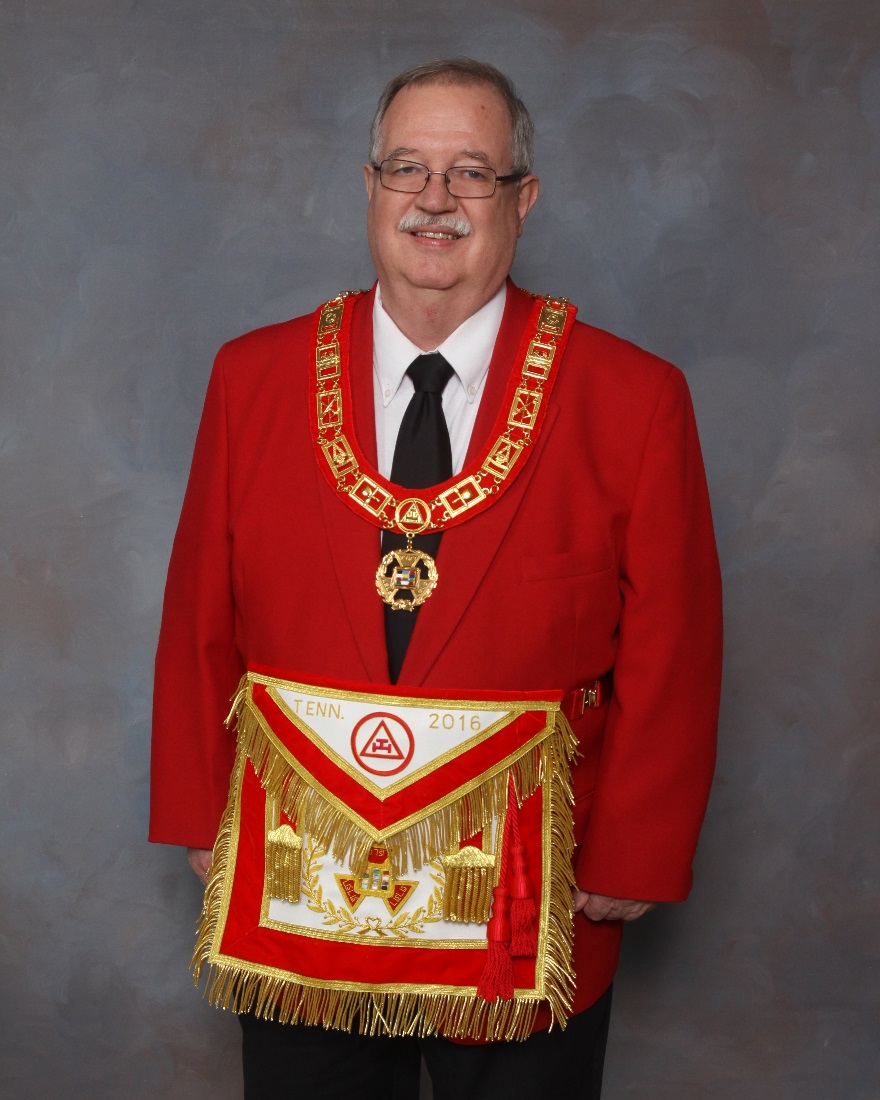 David’s family lived immediately behind the Park Avenue Lodge in Memphis and he was literally raised in the shadows of the lodge.

David married Shirley Jean Giaccaglini in 1969, and they have two sons, David, Jr. and Tony (deceased).

During their sons’ formative years, David and Shirley were very active in Galloway United Methodist Church where they both served as youth leaders and David was a church bus driver.

The family moved to Hickory Withe, Fayette County, Tennessee in 1986 and he became very active in the community as a volunteer firefighter and as a scout master. He is a past president of the Eads Civic Club.

David became a Project Manager for FedEx in 1979 and although his home office was in Memphis, he managed the construction of many large projects for FedEx around the world. After 24 years, he retired from FedEx in 2003.

In 2006, David was appointed the Assistant Chief of the Fayette County Fire Department where he still serves as such today.

David was raised to the sublime degree of Master Mason in 1968 at Park Avenue #362, and served as Worshipful Master in 1972. He is a plural member of Arlington #641( Past Master), Somerville #73 (currently serving as Treasurer) and Gleason #330.

David is a holder of the Master Mason Pin of Excellence.

David became a 32nd degree mason in the Memphis Consistory of the Scottish Rite in November 1968 and received the honor of K.C.C.H. in 2009.

David is a Life Member of Al Chymia Shrine, and among other positions, serves on the Shrine Hospital Driver Staff and Chaplain Staff. He is currently the vice president of the Shrine Past Masters.

He is a Life Member of the Zaman Grotto MOVPER.

David is a member of Mizpah Chapter No. 62, Order of Eastern Star and served as Worthy Patron multiple times. For many years he has been the “sound man” for the Grand Chapter Sessions.

David is a member of The West Tennessee Past Masters, Royal Order of Scotland, Tall Cedars of Lebanon, Knight Masons, York Rite College, and Red Cross of Constantine.

David was elected to the position of Grand Captain of the Host, Royal Arch Masons of Tennessee in 2013, and advanced to be elected Most Excellent Grand High Priest in 2016.