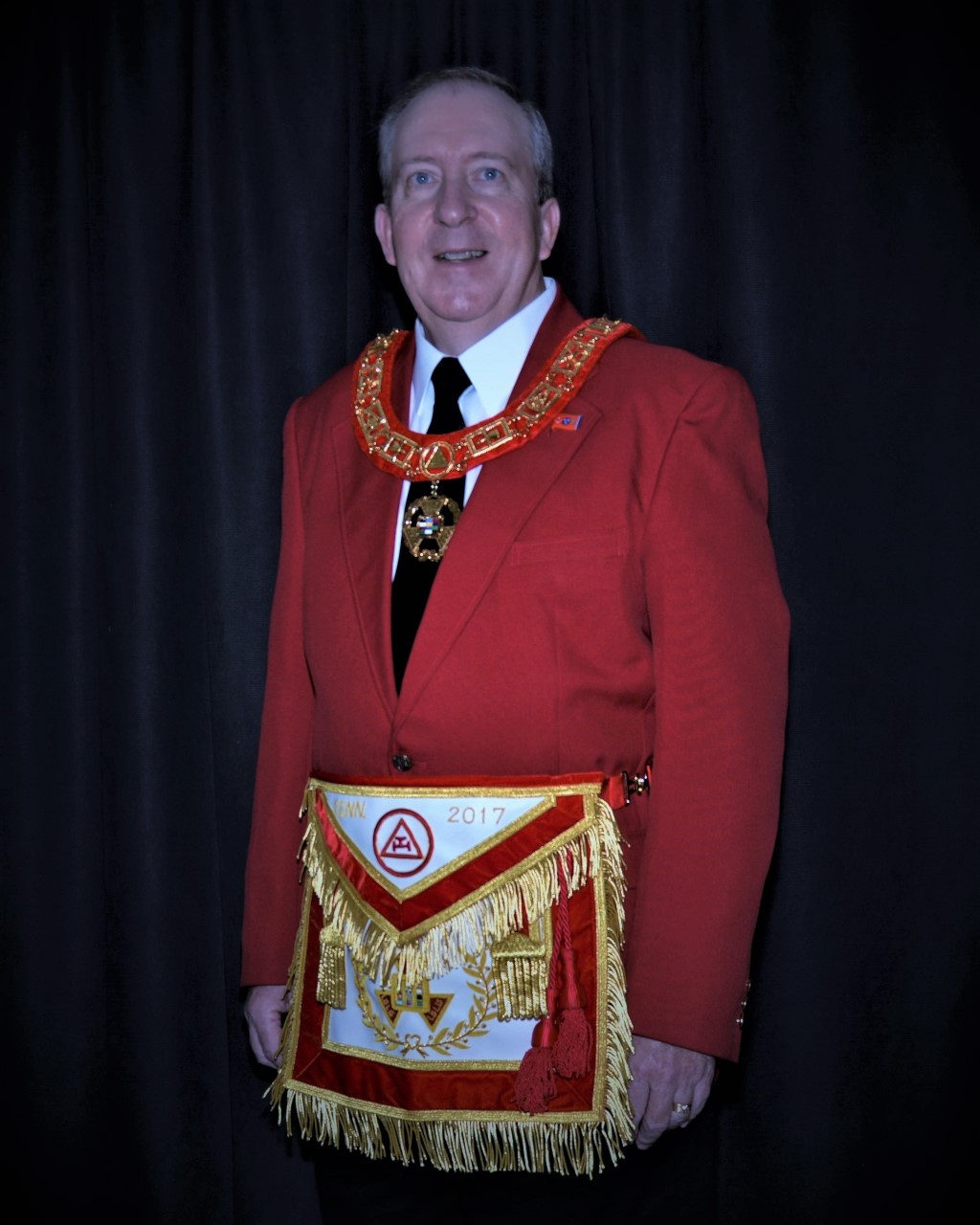 Born August 16, 1961 in Centerville, Tennessee, the son of A. J. and Willie B. Russell Coates. He was educated in the public school system of Hickman County, graduating from Hickman County High School in 1979. Leadership Hickman; graduate of 2005-2006. Certified Public Administrator; 2006, County Officials Certificate Training Program of the University of Tennessee.

Companion Coates was greeted in Dickson Council No. 107 on February 24, 1987, served as Illustrious Master during 1991 and received the Order of the Silver Trowel on March 25, 1991. In the Grand Council, he served as Grand Marshal during 1992. He was awarded the Cryptic Mason of the Year Medal from the General Grand Council in 1992. During 1999 and 2000, he served as Grand Instructor. He also served on the Ritual Committee.

Brother Coates received the Scottish Rite Degrees in Trinity Consistory; Valley of Nashville in April 1985. He is a Life Member in the Valley of Memphis, Orient of Tennessee; on October 29, 2005 was invested with the rank and decoration of Knight Commander of the Court of Honour and on December 12, 2009 was coroneted a 33rd Degree Inspector General Honorary. He served as Venerable Master in the Valley of Memphis Lodge of Perfection during 2012-2013. He serves as Prior in the conferral of the 32nd Degree and Grand Minister of State in the Knights Commander of the Court of Honor Investiture. In 2009, he completed the Scottish Rite Master Craftsman Program #1. He is a member of the Tri-County Scottish Rite Club.

Brother Coates was invested with the Honorary DeMolay Legion of Honor from The International Supreme Council of the Order of DeMolay on July 9, 2004. Honorary member of the High Twelve International. Member of the Masonic Order of the 4 Black Llamas receiving this in Maggie Valley, North Carolina at the York Rite Summer Assembly on July 13, 2014. Holds honorary membership in several masonic lodges. He is also an Honorary Kentucky Colonel. Member of Sam Davis Lodge Knights of Pythias in Centerville, Tennessee.