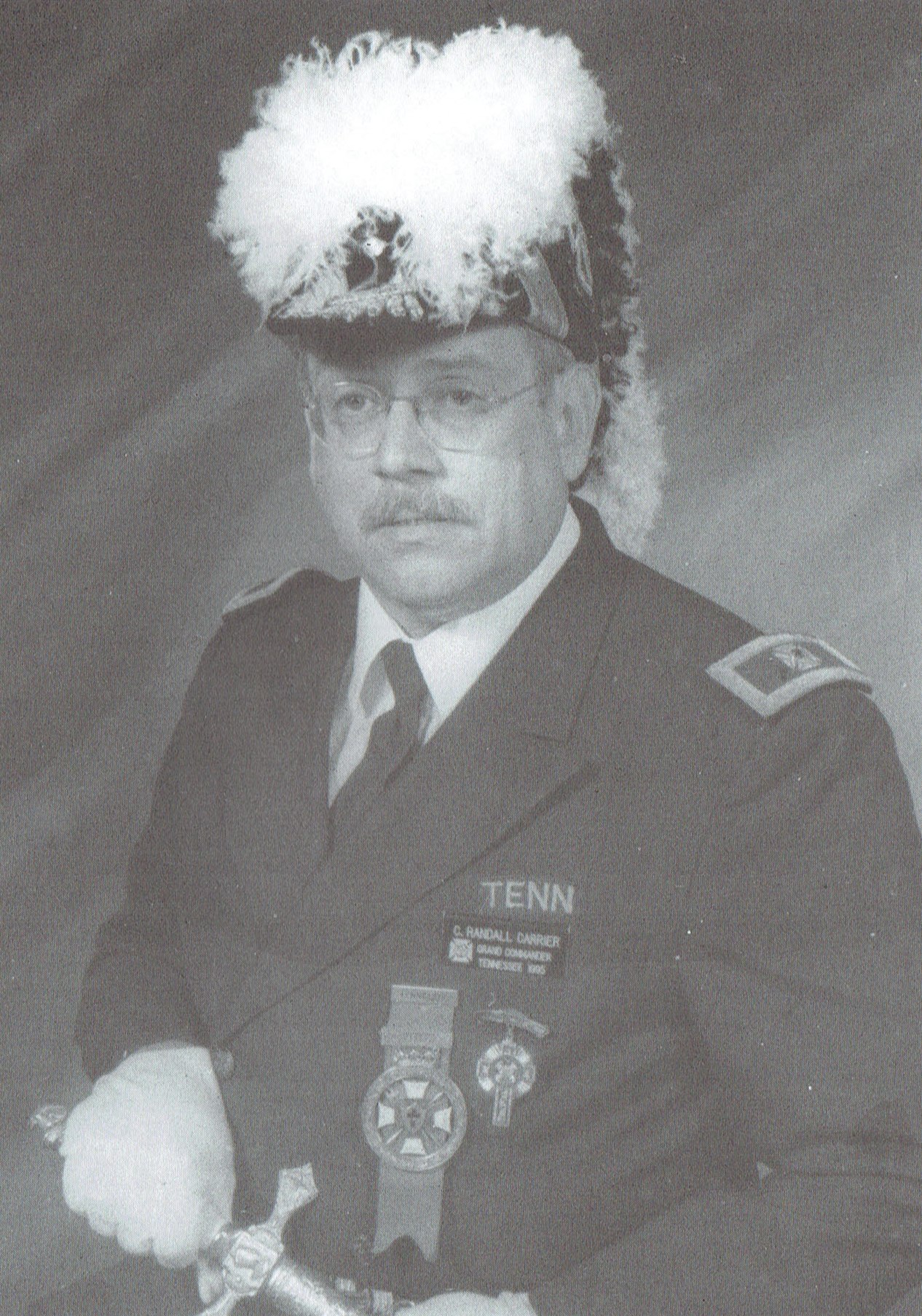 Born on November 22, 1950 in Bristol, Virginia, the son of Clarence Cecil and Ossie Mae Rowe Carrier. He was educated in the public school system of Sullivan and Carter Counties, Tennessee. He is employed by the United States Postal Service as a rural route carrier in Elizabethton, Tennessee, where he has lived since 1964.

On December 29, 1978 he was married to the former Sandra Kay Willen.

He is a member of Borderview Christian Church in Elizabethton, where he serves as Elder, Secretary of the Church Board and teacher of the Men’s Bible Class.

He is a member of R.D. Keller Chapter #214 in Elizabethton, where he served as Excellent High Priest in 1987 and received the Order of High Priesthood in Nashville in March 1987.

He is a member of B.E. Wooten Council #119 in Elizabethton and served as Illustrious Master in 1987 and received the Order of the Silver Trowel in Nashville in March 1987.

He is a member of Carter Commandery #37 in Elizabethton and served as Eminent Commander in 1986. He is a Charter Member of the Knights Crusaders of the Cross and has served as its Treasurer / Recorder since 1988. He served as Grand Warder of the Grand Commandery of Knights Templar of Tennessee in 1989.

He is a Member and Past Patron of Hampton Chapter #471 Order of Eastern Star; Past President of the Upper East Tennessee York Rite Association; Charter Member of the Tennessee Lodge of Research; Charter Member of the North East Tennessee York Rite College #153, and has served as Treasurer since its inception, and received the Order of the Purple Cross in 1993. He was Inducted into Tennessee Priory #15, Knight of York Cross of Honour in 1992. He is a member of the Knoxville Scottish Rite bodies, Tralee Council #41, Knight Masons; Charity Court #17, Order of the Amaranth; Charles Newton Bush Past Masters Association; and the Royal Order of Scotland.