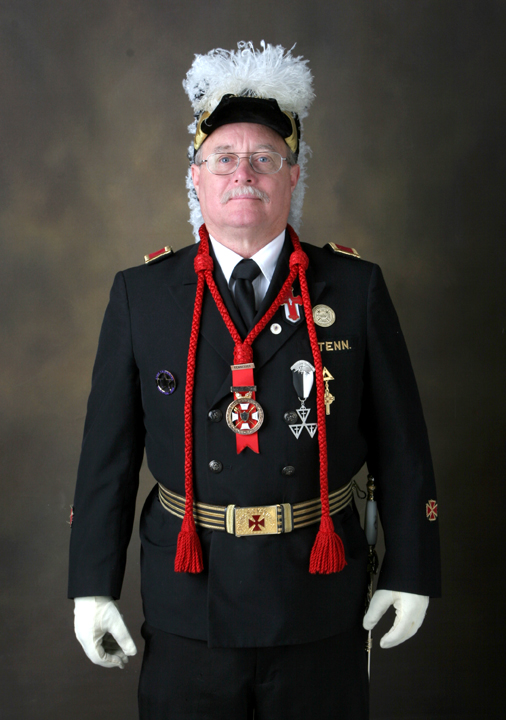 Born on January 8, 1950; he is the second of five sons of Fred Morris and Mary Louise Jarrell Waldron. Two of his brothers, Howard and Edward, are members of the Fraternity. He is a life long resident of and was educated in the public schools of Rutherford County Tennessee. He graduated from Smyrna High School in May of 1968. He attended Middle Tennessee State University for one year and then transferred to the University of Tennessee where he graduated with a BS in Civil Engineering in June of 1972. He met his future wife Wilma Joan Adcock on April 1, 1967. They were married on June 13, 1970 and have resided in Smyrna, Tennessee since 1974. They have two son Robert Warren Jr. wife Merissa and Jason Nathaniel wife Chris. They have two Grand Daughters Adrian 9 and Zaelyn born in March of 2009 . He was the owner of a construction business from 1972 until 1995 involved with the construction of homes in Rutherford County. From 1995 until 2005 he was employed by a Japanese construction company overseeing projects in the Southeastern states and Indiana. These projects were new and additions to existing industrial projects ranging in size from 50,000 to 500,000 square feet. He is currently employed by C & W Masonry Company of Hendersonville Tennessee as a Project Manager.

Sir Knight Waldron was Raised to the Sublime Degree of Master Mason in Sam Davis Lodge 661 on October 16, 1973. He served as Master of Sam Davis Lodge in 1978, being the youngest Master of Sam Davis ever. He served as District Chairman for the Grand lodge in 1995-1996. He is the Grand Representative to the Grand Lodge of Ireland. He is honorary member of Lodges in East Tennessee, Georgia and Indiana. He received the 32 Scottish Rite Degree in the Valley of Nashville in November of 1979. He was invested with the Knight Commander of the Court of Honor in October of 2007. He was made a Noble of Al Menah Shrine Temple in December of 1980. He was Exalted to the Royal Arch Degree in September of 1983 as a member of Pythagoras Chapter, and served as High Priest in 1988, receiving the Order of High Priesthood on March 21, 1988. He is an honorary member of Chapters in East
Tennessee, Georgia and Indiana. He is currently serving as President of the Grand Council of the Order of High Priesthood of the State of Tennessee. He served as District Deputy Grand High Priest for the Grand Chapter and served as Grand Royal Arch Captain for the Grand Chapter in 2002 and received the Bronze Service Award from the General Grand Chapter in 2002. He received the Cryptic Degrees as a member of Murfreesboro Council in September of 1983. Honorary member of Councils in East Tennessee, Georgia and Indiana. He served as Illustrious Master of Murfreesboro Council in 1998 and received the Order of the Silver Trail on March 21, 1988. He served as the Grand Masters Personal Representative for District 6 and received the General Grand Council Service award in March 2007. He was Invested KYCH in March of 1991 in Tennessee Priory 15. He is Charter member and Past Governor of Middle Tennessee York Rite College 143. He received the Order of the Purple Cross in 1996. He is a Life Member and Past President of Middle Tennessee York Rite Association. He is a Life Member of Upper East Tennessee and Knoxville Area York Rite Associations, Charter and life
member of Tralee Council Knight Masons, Life Member of the Tennessee Lodge of Research and member Arch E McClanahan Council Allied Masonic Degrees. He served on the Rainbow board for E E Nance Chapter of the Rainbow for Girl and received the adult Grand Cross of Honor in 1980. He received the Orders of the Red Cross of Constantine in 1999 as a member of Old Hickory Conclave and is presently serving as Junior General. He received the Commandery Orders in October of 1983 and served as Commander of Murfreesboro Commandery in 1990 and 2008. He is also a dual member of Nashville 1, Manchester 40, and Morristown 22 Commanderies in Tennessee and is a Plural member of St Bernard Commandery 25 in the State of Georgia and Anchorage Commandary 3 in Anchorage, Alaska. He is an honorary member of Commanderys in Georgia and Indiana. He is an honorary member of the Grand York
Rite Bodies in Indiana, Georgia, South Carolina, Alabama and North Carolina. He served as Senior Grand Warden of the Grand Commandery in 1994. He was elected in May of 2006 as Grand Captain General of the Grand Commandery of the State of Tennessee. He was elected, installed as Right Eminent Grand Commander of the Grand  Commandery of the State of Tennessee in 2009.