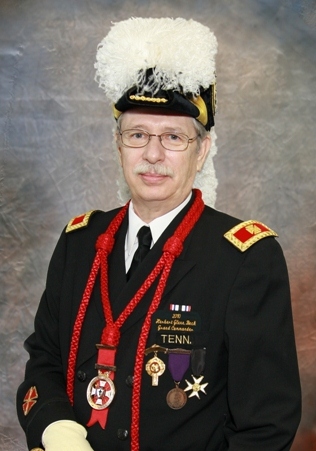 Born October 29, 1946 in Greeneville, Tennessee to Herbert Glenn Beck Sr and Juanita Woods Beck. Glenn attended the public school systems in Hawkins County, Tennessee. Graduating from Bulls Gap High School in 1964. Immediately after graduating at age 17, Glenn enlisted in the Air Force. He served as an Air Police officer while stationed in Texas and New Mexico. Glenn received his honorable discharge while stationed with the 6580th Air Police Squadron at Holloman A.F. base Alamogordo, New Mexico.

Glenn graduated from Walters State Community College with an Associates degree in Criminal Justice and East Tennessee State University with a Bachelor degree in Organizational Management. Glenn worked for the Hawkins County Sheriff’s Department for seven years, serving as the Chief Deputy Sheriff from 1978 until he resigned in 1981. Glenn was employed with TRW Automotive Rogersville plant in 1981, serving in various capacities. He was a Human Resource Representative until his retirement in 2008, after 27 years. Brother Beck was raised a Master Mason on April 5, 1976 in Bulls Gap Lodge No.764. Brother Beck Served as Worshipful Master in 1980. Served his Lodge as secretary for eight years. Brother Beck served as Hawkins County Chairman for District # 21 from 1998 until 2005. District Chairman for District # 21 from 2005 until 2007. Joined Bulls Gap OES #471 in 1979, served as Worthy Patron four terms.

He is a member of the East Tennessee Past Masters association in Knoxville. He presently is serving as Chairman of the Human Resources Committee for the Grand Lodge. Member of the Knoxville Scottish Rite Bodies since May 1, 1976.

Affiliated with Greeneville Council #77 and Greeneville Chapter # 135 in 2002, serving as
Illustrious Master in 2005 and Excellent High Priest in 2009. He received the Order of the Silver
Trowel in March 2005.The Order of High Priesthood in March 2006. Companion Beck served the Grand Council as Grand Chaplain in 2007. Companion Beck is currently serving on the Codes Revision Committee for the Grand Chapter.

Sir Knight Beck was knighted September 17, 1999 at Kingsport Commandery #33. Affiliated with Morristown Commandery #22 in 2002 serving as Eminent Commander in 2006 and received the Knight Crusader of the Cross in 2006.

Glenn and Betty are members of Russellville Baptist Church, in Russellville Tennessee. Glenn is the Senior Men’s Sunday School Teacher. He has also served as a Deacon.