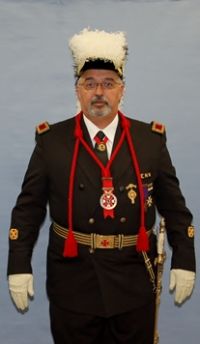 On May 1, 2010, Sir Knight Thames was elected Eminent Captain General and advanced each year. He was elected as the Right Eminent Grand Commander March 23, 2013.