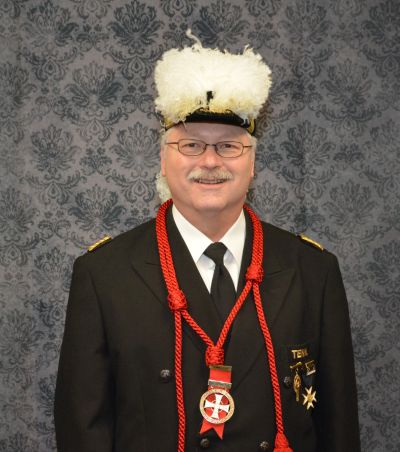 Born on November 11, 1956 at Jackson Madison County General
Hospital to Max and Reba Crockett. He lived (and is presently living) in Huntingdon, Tennessee where heattended and graduated from Huntingdon High School in 1974. After high school, he attended the University of Tennessee at Martin, earning a B.S. Degree in Criminal Justice in 1979 and worked part-time with the campus Safety & Security. He began his working career at the Martin Police Department during and after college. Then, in 1980, Tennessee Valley Authority became his final career path with jobs as a Public Safety Officer, Materials Tester & Inspector, Engineering Aide, Chemical Lab Analyst, and finally a Technical Services Analyst. After formally retiring from TVA in 2012, he went back to work part-time as a contractor/consultant for TVA. Member of Eastview Baptist Church and served as Sunday School Director & teacher, Discipleship Training Director, and organist. J.D. married Patsy Foreman on October 18, 1980 and they have two children born in 1987 and 1991, respectively: Kristin (husband Kyle Cantrell) and Cody.

J.D. was raised a Master Mason on August 20, 1990 in Huntingdon Lodge #106 (Life member) in
Huntingdon, Tennessee, serving as Worshipful Master in 1993 & 1994. Honorary member of
Caledonia Lodge #96 & Camden Lodge #179. Presently serving the Grand Lodge as District Deputy Chairman in Carroll County since 1991 and served as Grand Pursuivant for Most Worshipful Grand Master Orville Armstrong in 2007.

He was exalted as a Royal Arch Mason in 1992 in Camden Chapter #159 (Life Member) and served as Excellent High Priest in 1996. Received the Order of High Priesthood in 1996 and elected as then Most Excellent President of the Order in 2013.

He was greeted as a Select Master in 1992 in Camden Council #132 (Life Member) and served as Illustrious Master in 1997. Received the Order of the Silver Trowel in 1997. Served the Grand
Council as Grand Masters’ Personal Representative from its inception in 2003 thru 2013.

J.D. was knighted in the Order of the Temple in Lexington Commandery #36 in 1992. He
transferred to Paris Commandery #16 (Life Member) and served as Eminent Commander in 1996, 1997, 2009, & 2010. Received the Knight Crusader of the Cross. Invited and elected to receive the Knight York Cross of Honor in Tennessee Priory #15 (1997). Served the Grand Commandery as Grand Sword Bearer in 2009 for Right Eminent Grand Commander Robert Waldron. Grand Representative to Iowa in Grand Commandery.

On May 7, 2011, Sir Knight Crockett was elected Eminent Captain General, advanced each year,
and was elected as the Right Eminent Grand Commander May 3, 2014.