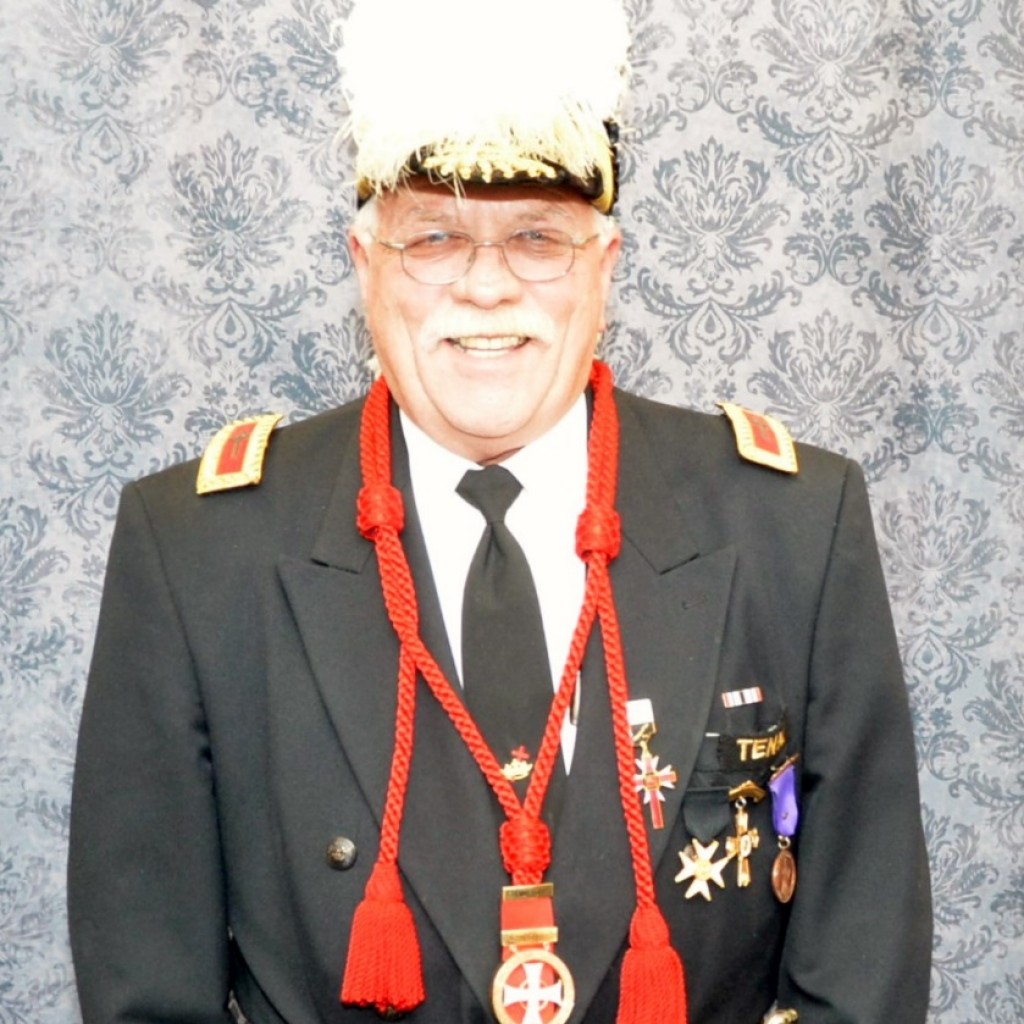 Born on January 1st, 1951 at St. Thomas Hospital in Nashville, Tennessee.  He was the first born child of Marjorie Ann (Pitts) Pugh and John Douglas Pugh Sr.  He has two brothers and two sisters and graduated from Antioch High School in 1969, and immediately left for boot camp in the US Navy.

John served on the USS Independence, and in 1970, and 1971 in the Mekong Delta in South Vietnam.  In 1973, he joined the Teamsters Union, and was hired by Yellow Freight System as a Diesel mechanic, and retired after 31 years of service.

In 1988 he met the Love of his Life, Patti Ann Flores, and on December 23rd 1989 they were married in West Palm Beach Florida. After returning to Tennessee, they moved from Mt. Juliet to Charlotte, where they have resided for the last 25 years.  Over this period of time, they served as foster parents for over 36 children, and adopted two children, Isaiah Douglas Pugh, and Angel Ann Pugh.

John was appointed to Grand Sword bearer in the Grand Commandery by REPGC James A. Hafner in 2006.  He also was a received The Order of The Purple Cross in Little Rock Arkansas in 2006.

John is a member of the following Masonic Bodies; Al Menah Shrine and the  in Nashville, Tennessee since 1999; He has also had the Yellow Dog degree:  Order of the Knight Commanders Chattanooga Asylum #2:  Tennessee College Masonic Rosicruciana in Civitiatibus Foederatis 2009; Commemorative Order of St. Thomas of Acon Cornelius Chapel # 104 2012; Honorary Past Commander of Indiana Past Commanders Association Grand Commandery of Indiana 2014:  Masonic Order of the Four Black Lamas 2014; Holy Manger XLV111 Holy Knights Templar Priest 2014.