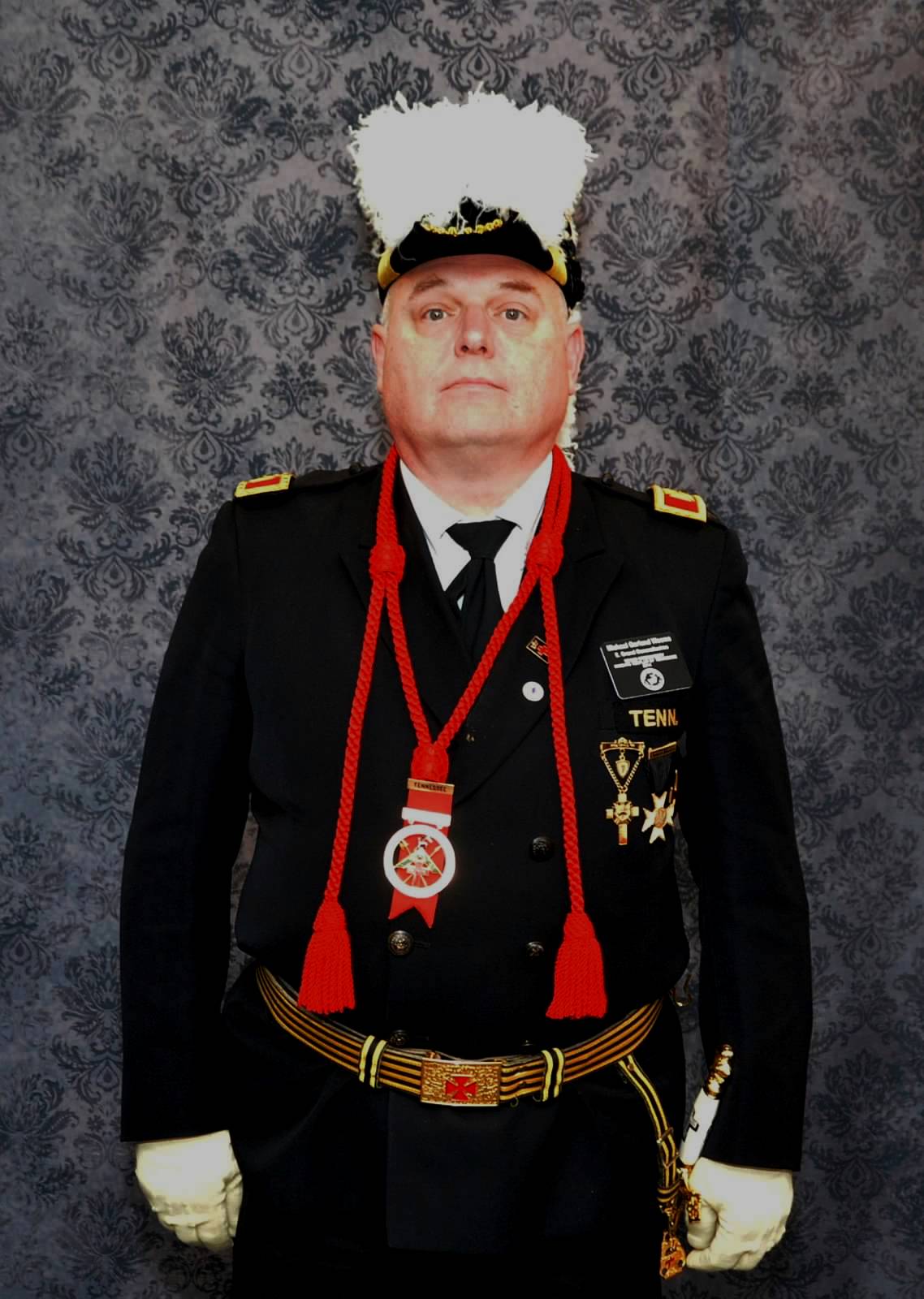 Born May 17, 1951 to Teresa Anne Hall Weems and Freeman Garland Weems. He was born in Nashville, Tennessee. He has one brother Howard Floyd Weems.

Mike was created a companion of Maryville Chapter #186 and Pride Council #103 on April 26, 2003. He served as High Priest and Illustrious Master in 2010. He currently serves these bodies as secretary and recorder.

Mike was dubbed a Sir Knight in Cyprus Commandery #23 on June 28, 2003. He served as Eminent Commander in 2009. He currently serves this body as Prelate.

Mike is also a member of the Past Master (Actual), Allied Masonic Degrees, The York Rite College, The Super Excellent Masters Degree, Order of High Priesthood, Order of the Silver Trowel, Knight Crusader of the Cross, Knight Commanders, Knight Masons, The Yellow Dog Degree, Masonic Order of the Four Black Llamas, The Order of Bath, Ye Ancient Order of the Cork, St Thomas of Acon, and The Red Cross of Constantine.

Mike has always worked in retail having worked for Wal-Mart for 28 Years and is currently working for a local convenience store group in Maryville, TN.

On August 19, 1972, he married the love of his life Miss Mary Ellen Brown. She gave him two beautiful daughters, Suzanne and Melissa, which in turn gave him three beautiful grandchildren. They are Sarah (age 10), Calleigh (age 6), and Christopher (age 3). He loves spending his spare time with them and spoiling them.

Mike was very active in the 2013 Bicentennial activities serving in the Honor Guard for The Most Worshipful Grand Master Roy C. Etherton at Greeneville, Maryville, and Knoxville. This was a great honor for him. He served as Grand Junior Warden in 2011 with REPGC David White.

Mike was elected Grand Captain General March 2012 and faced that great honor with his whole heart and enthusiasm and it has been his honor to be advanced every year. He is currently serving as the Very Eminent Deputy Grand Commander.