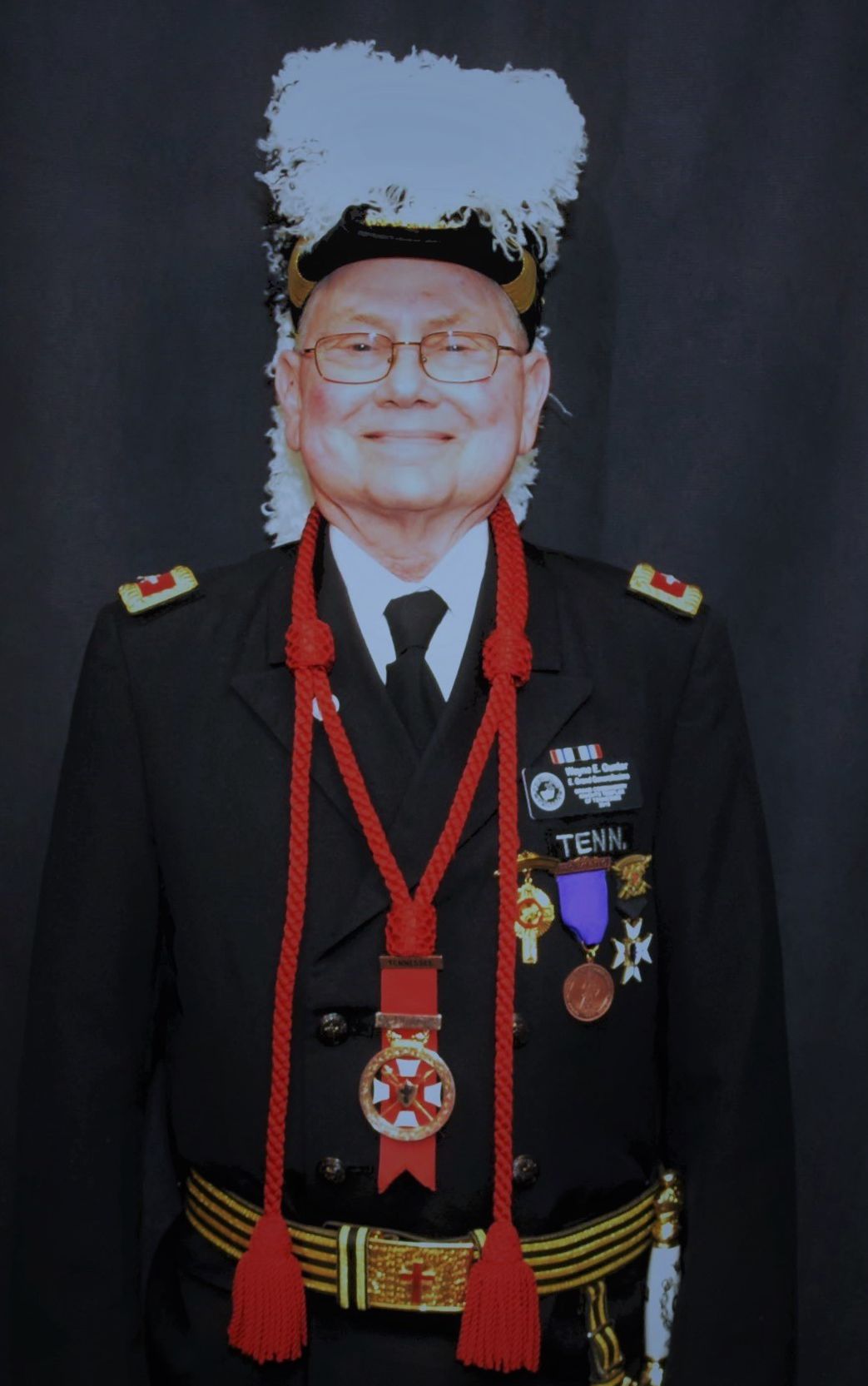 Born August 31, 1946, in Anderson, South Carolina. He was educated in South Carolina and Florida public schools. He worked as a plumber/pipefitter for forty-five years and served four years in the United States Air Force including one tour in Vietnam.

Wayne was exalted into the Royal Arch Degrees in Rhea Springs Chapter #83 in 1989. He served as High Priest in 2010 and is currently serving as Captain of the Host. Greeted as a Select Master in Drummond Council #86 in Crossville, TN in 1989. Served as Illustrious Master 2010 and 2012 and currently serving as Captain of the Guard. He is also a plural member of Calvary Council #140 in Dayton, TN.

He is a member of the York Rite College, serving as Primate, Order of the Purple Cross, Knight Of The York Cross Of Honour, The Tennessee College Masonic Societas Rosicruciana in Civitiatibus Foederatis, the Scottish Rite Chattanooga, TN serving as Orator in the Lodge of Perfection, St. Mathias conclave Red Cross of Constantine and Appendant Orders and serving as Orator, St Thomas of Acon Cornelius Chapel #104, The Allied Masonic Degrees, Knight Commanders, The Super Excellent Masters Degree, Order of High Priesthood, Order of the Silver Trowel now serving as Illustrious Prince of the South, Knight Masons, York Rite Association, Knight Crusaders of the Cross and National Sojourners.

Wayne served as Grand Senior Warden of the Grand Commandery in 2011 and Grand Sword Bearer in 2012. He was elected Grand Captain General in 2014 and has advanced each year with great enthusiasm. It has been an honor for him to serve the Grand Commandery of the great state of Tennessee.