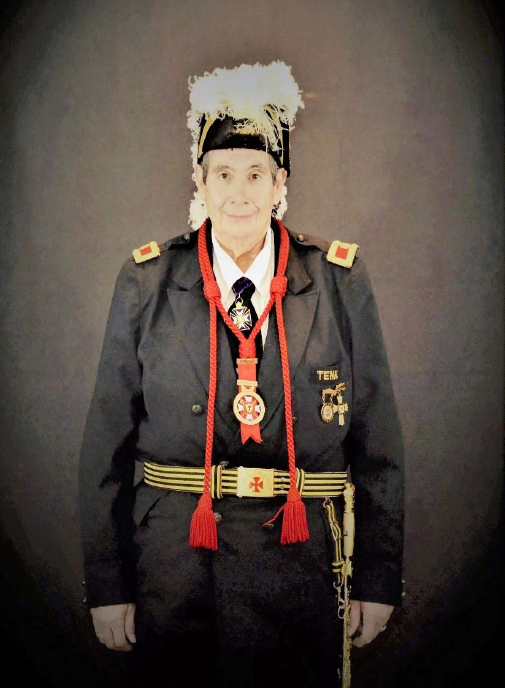 Ralph Burks Taylor was born January 10, 1954 in Dickson, Tennessee to Ralph Andrew and Wilma Burks Taylor. Burks attended public schools in Dickson graduating from Dickson High school in 1972. Burks received a B.S. degree from David Lipscomb College in 1976 and M. A. degree from Tennessee Technological University in 1983. Burks retired from service with the State of Tennessee on May 30, 2008 with 30 years of service.

Burks married Marcia Jane Smith on July 15, 1978 and she passed away on November 20, 1994. They have one son, Andrew Warren Taylor age 27. Burks and Andrew attend the First United Methodist Church in Dickson, Tennessee where he has been an Adult Sunday School Teacher, worked with the Youth Group and served as a Trustee of the Church. He also does sound and video at the 10:30 am Sunday Service.

Brother Taylor was raised to the sublime degree of Master Mason on August 6, 2001 in Dickson Lodge No. 468 in Dickson, Tennessee where he served as Worshipful Master in 2005. He is currently serving as Secretary.

In the Grand Commandery SK Taylor is the Grand Representative for Wisconsin (2015). He served as Aide de Camp in 2009, Grand Junior Warden in 2010, Grand Prelate in 2012, and Grand Warder 2014, and was the Knight Templar Eye Foundation State Chairman from 2012 – 2016. On March 24, 2015, SK Taylor was elected Eminent Grand Captain General and has advanced each year, being the current Very Eminent Grand Commander.